Featuring Johnny Vegas playing uptight, try-hard dad Neil Hackett, whose decision to buy a lodge in the Lake District proves disastrous when he discovers he is living next door to the uber successful, effortlessly superior Dillons.

CanCan Productions is an Independent production company set up by Rebecca Papworth.

We are passionate about creating a home for great writers and unique talent, delivering stories and formats that celebrate our love and enthusiasm for comedy and drama.

We are based in Hebden Bridge, Yorkshire 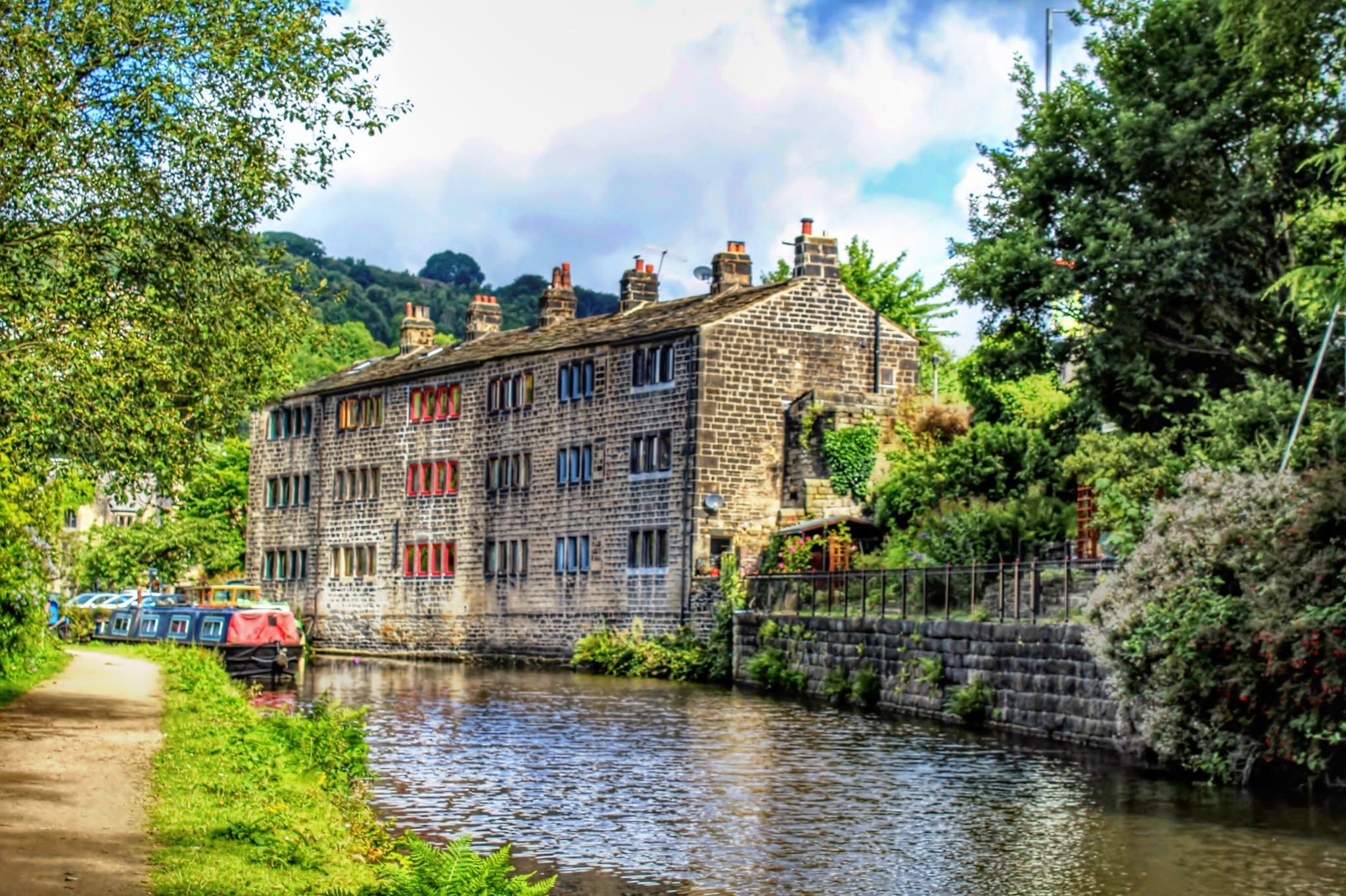 , a stone’s throw from Leeds and Manchester, giving us access to great views and different voices. 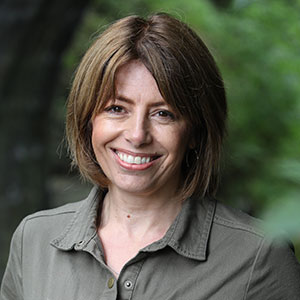 Rebecca is a Creative Producer and Executive, with twenty years experience at senior level.

She established Hat Trick North, launched The Salford Sitcom Showcase and was Executive Producer at BBC Comedy North; overseeing three series of Citizen Khan for BBC1, developing Sunny D for BBC3, Barbara Nice for Radio 2 and Home from Home for BBC1. She has also spent time as a Commissioning Executive for BBC Nations and Regions, with credits including award-winning shows Rab C Nesbitt, Gavin & Stacey, The Royle Family and A Matter of Loaf and Death. She was the first woman to produce Have I Got News For You, series produced award-winning I Love the 80’s, created Fame, Set & Match and developed Johnny & Inel for CBBC. She is the originating Producer of BBC1 Comedy Drama series Home from Home, and is always on the search for original and distinct voices, and brilliant writing. 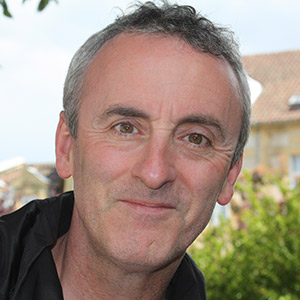 Kieran’s credits as producer include children’s drama The Ward and Sally Wainwright’s comedy-drama At Home with the Braithwaites - both Emmy nominated - as well as both of ITV’s flagship continuing dramas, Emmerdale and Coronation Street. From 2005 to 2016 he ran ITV Studios’ Manchester drama department. His credits as executive producer include: Mobile, Blue Murder, Cold Blood, The Road to Coronation Street, The Trials of Jimmy Rose, Midwinter of the Spirit and Tina & Bobby. From 2005 to 2017 - and for over three thousand episodes - Kieran was also executive producer of Coronation Street. Kieran’s productions have received numerous prestigious awards, including eight BAFTAs. In June 2018 Kieran received The Tony Warren Award at the British Soap Awards for his outstanding contribution to Coronation Street. 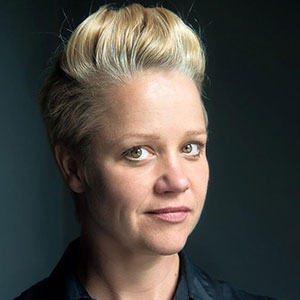 Justine has a background in developing and producing TV, Radio and Theatre dramas as singles, series and returners. She has a background in breaking new talent and working with established writers. Recent TV Credits include Development Exec. for Jimmy McGovern’s upcoming drama Anthony on BBC1 and Head of Development on Clink young women’s 10 part prison drama for Channel 5 and Exec. Producer for I Told My Mum I was Going on an RE Trip for BBC2. As well as continuing dramas Coronation street, Casualty, Holby. Justine ran the BBC Writersroom North for 2 years with a specialism in gaining commissions for fresh and diverse new writing talent in TV Drama, Children’s TV and Radio Drama. Justine has also directed and produced 100’s of hours of radio drama for Red and Savvy across BBC Radio 3,4,5 with new and experienced talent. Hi-lights include Val McDermid’s returning Dead series and Kraken Wakes adaptation; Maxine Peake’s Beryl and Queens of the Coal Age, Amelia Bullmore’s Craven returning series, Amanda Whittington’s The Thrill of Love and Nick Leather’s Cottonopolis. 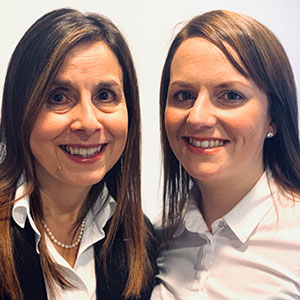 Anita Woolley & Co Limited. Together mother and daughter team Anita Woolley and Sarah Bridge sharing the joint role as FD’s for Rebecca. Over forty plus years experience in finance and accounting over thirty years in managing the finance for many award winning television production companies together they have both the expertise and the qualifications required for the role. 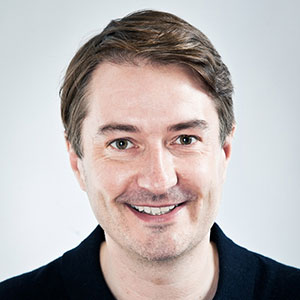 After qualifying with West End law firm Olswang, Mark started his media career in Channel 4’s Business Affairs Department where he had responsibility for the commercial aspects for the Channel’s factual, factual entertainment and digital output, including arts, daytime, features and documentaries. Among many programmes he had responsibility for were "Channel 4 News", "Big Brother", "Time Team" and "Cutting Edge". Mark left Channel 4 to join RDF Media (now Banijay UK) in the role of Chief Commercial Officer responsible for all the commercial aspects of the production output of Banijay as well as its distribution activities. Mark has dealt with all major broadcasters in the UK and many overseas. 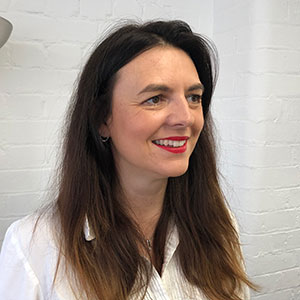 Susan originally qualified into the intellectual property department of City law firm Nicholson Graham and Jones (now K&L Gates), before moving into Channel 4’s Business Affairs department. There, she worked across several genres, including Entertainment, T4, Music and Arts, Channel 4’s, and also working across some of Channel 4’s digital, merchandising and main sponsorship deals. From Channel 4, Susan moved into the independent production sector, working for At It Productions and then as Lion Television’s Director of Legal and Business Affairs for twelve years where she gained direct experience on a wide variety of high profile programming, ranging from popular and award winning shows such as Horrible Histories and Homes under the Hammer, to blue chip international documentaries such as Secrets of China’s Forbidden City and The Hunt for the Arctic Ghost Ship. 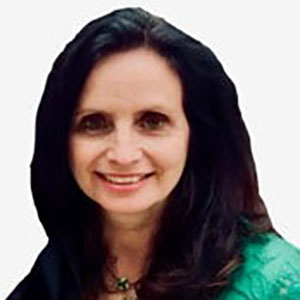 Dominique is Head of Production, with twenty plus years working in television and film.

With vast experience in the industry across genres including drama, comedy and children’s television. Having moved up through the ranks, she understands the value and requirements of the roles that she oversees and has worked on a variety of BAFTA award winning productions including The Mrs Merton Show, The Royle Family, Cold Feet (original series), Eric and Ernie and The 4 O’Clock Club. Dominique was also part of the teams that created BAFTA (2016) nominated productions Sleeping Lions and So Awkward. She is a people person with a “hands on” approach who enjoys seeing a story come to life from development through to on-screen.